When you open a new store, branch into a new location or decide to update your signage, you have many options. Some businesses chose large stand-alone signs. While these styles work for many, not every business has the space. For anyone in a business plaza, storefront signage can better serve your needs. With a plethora of options, people often struggle to decide which style best suits their needs. That’s where we can help!

We want to make the process of purchasing a sign for your space as easy and straightforward as possible! Let’s start with the basics. 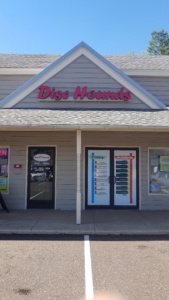 What is a channel letter?

Think of a channel letter as aluminum can shaped into a letter. These cans contain various lighting and mounting styles. They then get finished off with an acrylic panel on the face allowing for them to match your branding.

These sculpted three-dimensional letters ensure that your brand name, purpose, and message get noticed.

We have the ability to customize every element of a channel letter set. This includes the font, colors, illumination style and mounting method. 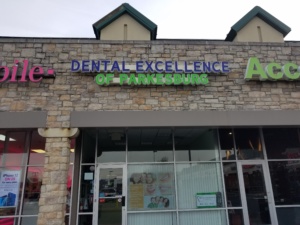 Some of the different types of channel letters:

Face-lit letters – As the most common style of the channel letter,  face-lit letters contain aluminum sides that never rust and colored faces. The letters then get illuminated from the inside using either neon or LED lighting.

Reverse-lit (Halo-lit) letters – Reverse-lit letters create a “halo” effect to the sign. This gets achieved by constructing the letters so the opaque side faces out allowing the light to disperse behind the face. When lit, the illumination comes from behind the letters, as opposed to the front in the face-lit letters.

Face and Back (Halo)-lit letters – Front/backlit channel letters combine the two techniques described above. The signage includes internally lit illumination, as well as back-lit or halo illumination behind the signs 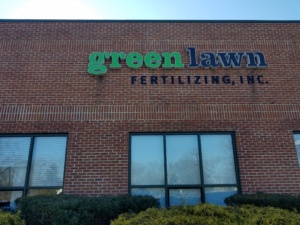 Once you have decided on the style of letter you like, we now consider the type of lighting used to finish off that impactful look. When appropriately chosen, the colors and light can help the signage pop against your building and stand out to potential customers.

In some cases, the municipality may regulate the type of lighting allowed. Originally, neon lighting was the standard for illuminating channel letters and the only option available. This form of lighting consists of a glass tube filled with gases. The benefit of this type of illumination includes greater brilliance in some colors. That said, today neon lighting ends up as an expensive option. Neon lacks in reliability as newer methods of illumination take over.

Raceway Mounted– A raceway, the rectangular mounting structure, serves as both a container for the sign’s electrical components (such as a power supply) and a mounting structure. The letters get mounted to the raceway which then gets mounted to the building. Due to this, many property owners favor this option as it requires the least amount of penetrations into the building façade.

Considering new signage for your business? Contact Paramount Signs for a free consultation.

Remember “getting you noticed is Paramount”